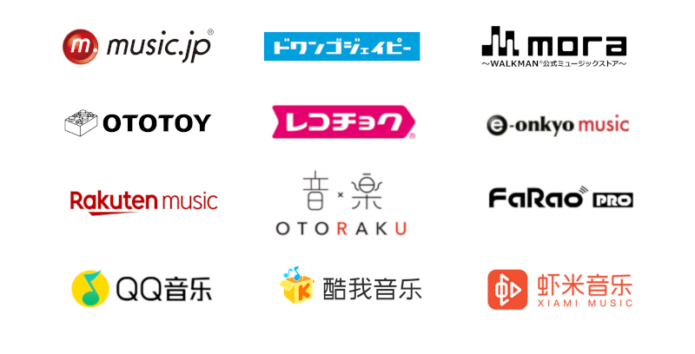 These digital music stores and streaming services in Japan and China just have started to distribute all the releases of Model Electronic. Recochoku, mora, e-onkyo music, and OTOTOY handle hi-resolution audio files such as 24bit/48Khz WAV and Flac. Hopefully, you will enjoy listening to Tatsuya’s music through these services as well.

Releases which have started to be distributed via these platforms

For details, please visit each release page in “Releases” or Discography section on tatsuyaoe.com.

Note: As for “Chronicles 2007-2013, Vol.1＆2,” only 16bit/44Khz files are distributed. All the other releases include distributions of hi-resolution audio files such as 24bit/48Khz WAV and Flac.

We have decided to end distributing all Model Electronic releases to Google Play Music except Captain Funk’s “Chronicles 2007-2013” albums. We don’t have a plan to shift and distribute our releases to Youtube Music

Downloads & Streaming Services (Updated in May 2020)